Ruby wanted me to post a picture of snowshoes for this post. I would have, too, but I couldn’t find any snowshoes to take a picture of, and the ones stealable online were all too small to suit me. Besides, Ruby’s cherry tomatoes are gorgeous, aren’t they?

Ruby and I got talking about snowshoes in the spring (I know, I know – I’m SO behind in these posts!), when I mentioned that another winter had gone by, and I hadn’t bought snowshoes for the kid and myself.

I used to snowshoe in school, and on Cockburn Island with my Dad, but Ky would never even entertain the thought of going with me, until this year, when she took it up in school herself. And fell in love with it, just like I did. We never managed to get ourselves any equipment before the snow melted, though. Sigh…* Next year, maybe…

Anyhoo… The mere mention of snowshoes got a story going…

We used to snowshoe all the time in Northland, you know. We used those old catgut snowshoes – ever see them?

Me: Yes, I have. I used catgut snowshoes, too. My Dad had them on Cockburn, and I think that’s what we had in school.

Well, they don’t make ’em like that anymore. Now, they’re those lightweight aluminum things. Don’t take nothin’ to get those things going. The ones *I* used were heavier than *I* was!

Me: Yup. And if you don’t bang the snow out them every so often, you’ll get bogged down with the weight…

That’s right! You have be careful how you bang ’em, too, or you’ll end up on your face.

(I laughed hard at this – I remember ending up on my face more than a few times.)

I think we spent the whole winter on snowshoes, now I think of it. We wore them for syruping, too. Imagine hauling pails of sap with snowshoes on…! We did it, though. We worked hard, now I look back on it, but I don’t think it occurred to us that we were working. We were having too much fun!

Me: Did you ever just snowshoe for the sake of snowshoeing?

Of course! We snowshoed all winter. Everybody did – even the teacher. He boarded at our house, you know. Slept with my brother.

Me: Your school teacher boarded with you?! God, you must have hated that!

You’re telling me I hated it! I didn’t like that guy much. He thought he was funny, always joking around… Any time a man walked into our kitchen, he’d yell at me: “Ruby! There’s somethin’ in the kitchen with pants on!” He used to make me so mad!

(Let’s all take a break here, while I try to stop laughing…)

I teased him back, though, I guess. I got in big trouble with him over that once.

Well, he got sweet on this girl in our class one year. He wasn’t much older than us, after all, and he took a shine to this pretty thing that had her nose in the air all the time…

Me: Uppity, was she?

Uppity?! She wouldn’t even talk to the rest of us girls, that’s how uppity she was! Anyway, the teacher was sweet on her, and one day when us kids were all out snowshoeing on the ice, this girl was with us, and we started teasing her about the teacher. She got mad at us, and sat down on the ice and wouldn’t speak to us at all.

So we thought, “Oh, to heck with her,” and off we went without her. Well, when we come back around again, she was gone. We could see two sets of snowshoe tracks making off into the bush, and we knew the teacher had come by and they’d gone off alone together. We made fun of them back and forth to ourselves all the way home. I could hardly keep a straight face at the dinner table that night, with him sitting across from me, let me tell you!

Anyway, that night, my sisters and I were upstairs getting ready for bed, and I got singing…

(At this point, I must interject with the news that Ruby actually began to recite a ditty she’d made up over 70 years ago, and probably hadn’t thought twice about since…. I was flabbergasted. I daresay Ruby was too.)

Well! Didn’t that teacher hear me from down in the kitchen! He came barrelling up those steps – scared the bejeezus out of me! Told me right off, and I got mad at him! I said, “Oh, but it’s alright for you to say, ‘There’s somethin’ in the kitchen with pants on,’ every time somebody comes in!”

And he turned right around and never said another word.

I finally had the sense to dig out the digital recorder. I turned it on, fully expecting her to balk, but…

Ruby sang! When I asked her if I could blog it, she actually agreed. “But,” she said, “You should put up a picture of catgut snowshoes. I’ll bet most people that read your blog have never seen snowshoes!”

Ruby’s tomatoes will have to do, though. I’m more excited to share her voice with you. Check it out. 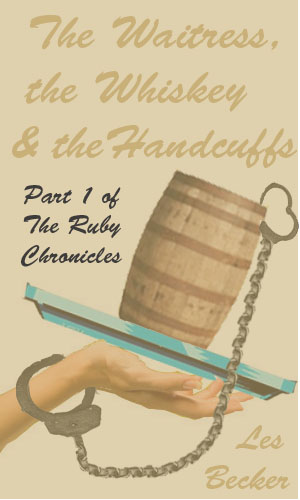