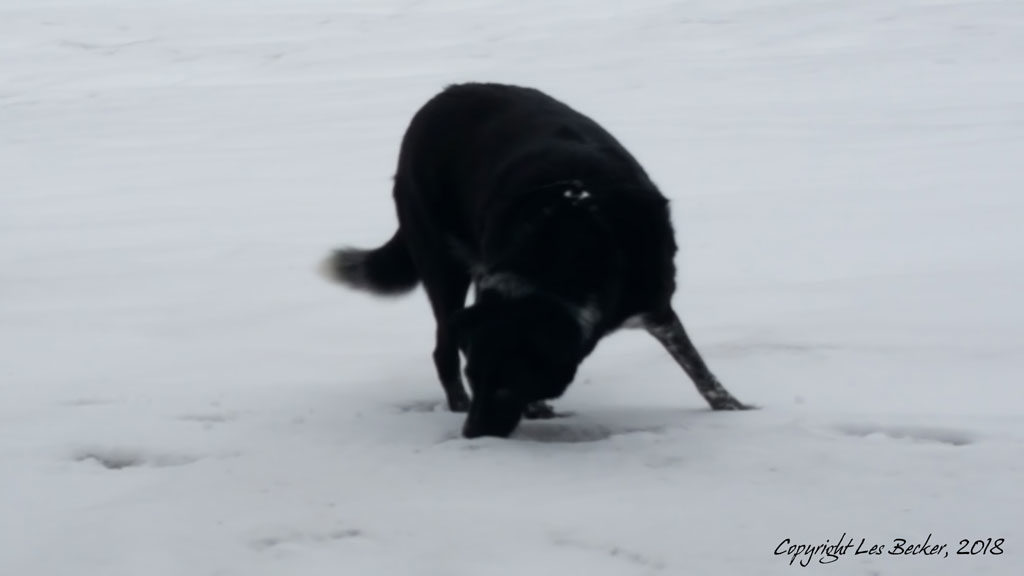 The dog was in stealth mode at the park today. There is a very thin, but incredibly hard, crust on top of the snow left in the field, and when we were walking along on top of it, we heard a very quiet, “ShaaaaaWIIIIIIISH!” as all the soft snow under the crisp top layer fell away in sections moving away from us.

It really messed with the dog (kinda messed with me, too, until I figured out what the noise was from). 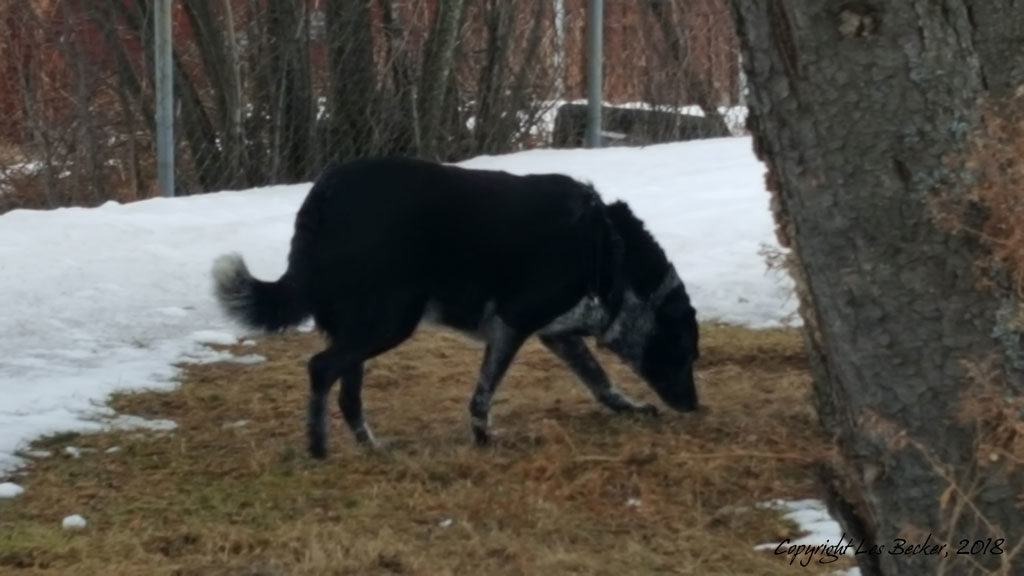 Kaylee seemed to think there was a something running around under the snow, and she spent a lot of time sniffing around looking for it. 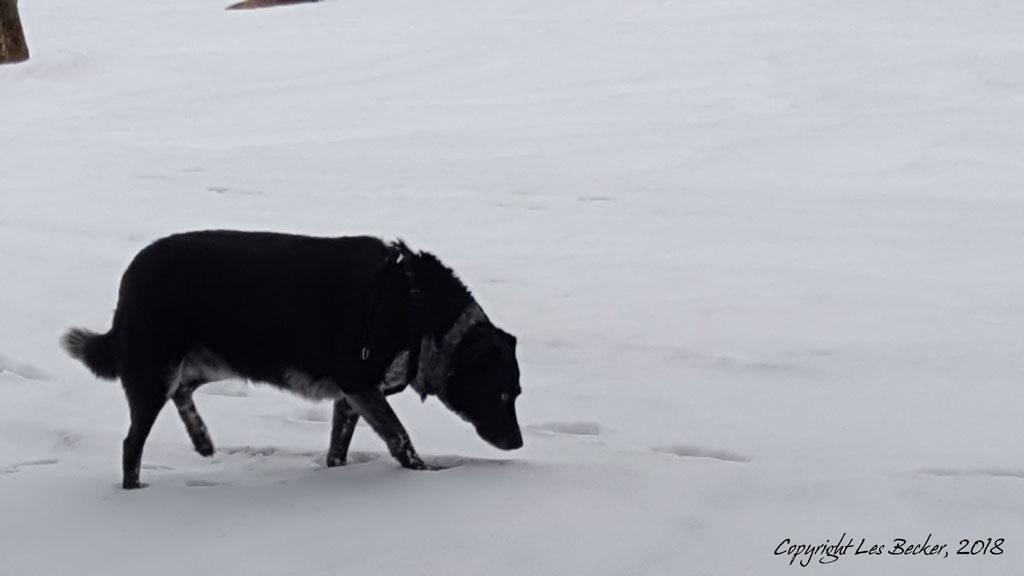 I think she was hoping for a squirrel… 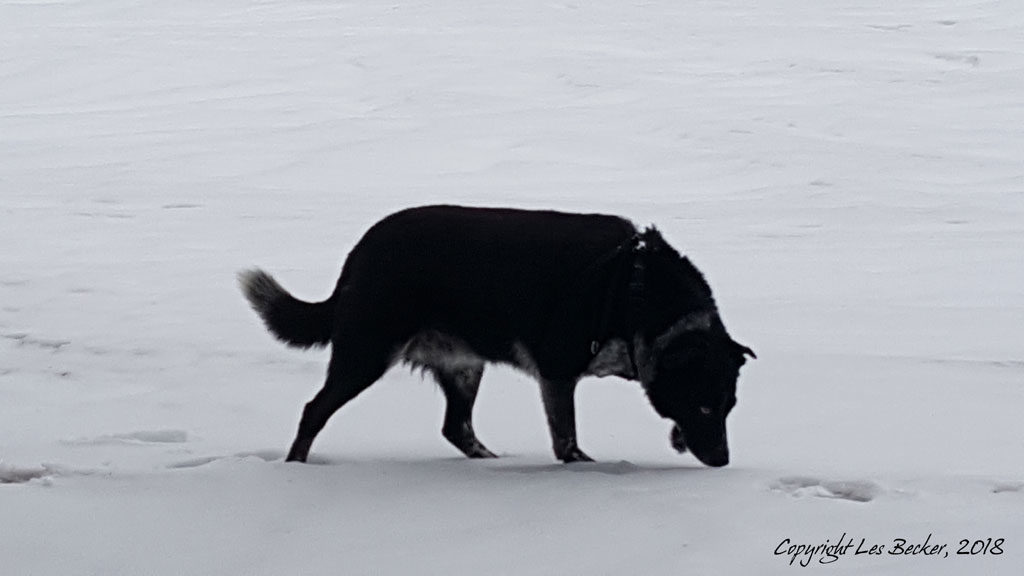 All the sniffing brought no answers for her though. If this winter doesn’t end soon, she may never see another squirrel.