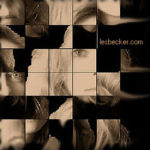 Week before last, I decided it was time to do something about the backlog of screenplays (one in final draft, some in the middle of first drafts, and many still in the outline stage), and reconnected with my Muse (not to be confused with The Moviequill’s “muse”, please) with a list of all of them, knowing I could count on a non-biased opinion. I was advised to go for the “easiest sell”, a little bit of fluffy comedy/romance called “Mona Monet” that really would sell quickly, I think, once dropped into the right pair of hands. This mind you, wasn’t even in the outline stage, yet, so I was starting from my “Ideas” notebook, but I had to concur at the time that it did seem to be the best one to work on, so I opened a blank page and started with my character outlines.

That much is done. The story itself is also “done” as far as sitting down to write it. The premise is there in my head, along with “beginning, middle, end” in the manner that I write. I just have to fill in all the gaps. This is supposed to be the fun part, because I don’t have to do any work now. This is the time that all the characters get up and breathe and interact without me, and I just type out what I see. About now, I should be having trouble keeping up with them.

Instead, they are all milling around on set in the location of the first scene (and they are not all supposed to be there!), talking amongst themselves, when they are supposed to be living their imaginary lives into reality. They are very successfully ignoring me, God, and having a cocktail party that I’m not invited to, apparently. So I’m going to ignore them back as punishment, for the time being. They’re alive enough now, that they’ll still be there when I’m ready to give them another chance, I think.

All the while I was supposed to be writing about a loud and brassy female tavern-owner, all I could think of was, “I should clean the cat-box”. That’s usually a good indication that my mind is not on what I’m supposed to be doing.

I’ve looked into the door of the room that houses my first script, “Standing Still”, which wrote Itself over four months at the beginning of 2002 (2002!!! Holy ol’ shit, Blogosphere!). It’s still there, in all its ginormousness, waiting for the third and final rewrite that will bring it down to a manageable (read, “sellable”) 110 pages. There’s even a chair in there for me.

But when I walked in there, ready to drop back into the world of a man slowly going crazy, and sat down, all I could think of was, “I should vacuum.”

So, now this past week, when I have a hard decision made about where to send “The Waitress, the Whiskey & the Handcuffs” (which is why parts 1-4 have been temporarily removed from the blog), I decided to sit down and finish the story. I know it’s ready; I’ve made concessions with Ruby’s mom, and she’s decided to cooperate with me and tell me her plans.

[[EDIT: “The Waitress” is PUBLISHED!! Check out the middle ad below!]]

But when I opened a blank page, all I could think of was, “I want to buy a house.” So I dicked around, playing with numbers and touring the house. Every time I come to the conclusion that I don’t really want to buy this house, the deal gets sweeter. Maybe that ought to be warning enough, considering I’m not yet gainfully employed…? You’d think, huh?!

The problem seems to be, that quiet as I’ve managed to make my mind, I’m not hearing the audible click of the doors to any of those rooms closing behind me when I walk through them. When I hear that click, I know it’s all there, waiting for me to watch the movie and type what I see. In the past, not hearing the click has always meant that I missed a step. Something else has to be done first. I’m pretty sure it’s not buying a house. It could very well be the cat-box again, though.

I know… most writers would call this Writer’s Block. Me, I think it’s Fear. I’m tired of being afraid, and waiting around to start my life. At my age, I’m running out of life.

So (after I clean the cat-box), I’m going to go into Ruby’s room and I’m going to close the door myself. Hopefully, it stays closed.