I took this video in May, when Sheikh was still sleeping above my head.

Not very long ago, he was his usual fat and fluffy self, but then became boney and light as air in a few short weeks. He eventually stopped eating altogether. He hid out most of the time, and what kept me awake during that time was not his snoring, but my nerves, while I tried to search him out, hoping not to find him dead under the stairs or the couch.

Monday, he stopped drinking water. By 5 am Tuesday morning, he was gone. I wish now that I could say I’d just found him dead, having gone to sleep and stayed that way. The way he did die was hard to watch – he was in pain, a lot of pain, I think, and I have a huge amount of guilt over not getting him to a vet in time to either heal him of whatever caused this, or to save him from a such a hard death.

He was wonderful company for the last few years. I’m really going to miss him…

We took him out to The Dog-Lady’s farm to bury him. On the way there, I told The Evil Hypnotist that no way were we getting another cat. I don’t want to get attached to any more pets. No. Way.

Ky was upset: The Patchouli-Cat has never been alone… she will miss Sheikh, too… she needs another cat for company….

When we got there, I opened my door to step out, and five large dogs piled into the van. I was trying to get them out when they noticed the box with Sheikh in it. It was really odd to watch them. They obviously realized that whatever was in that box was dead, and I would have expected them to try to get into it, but they didn’t. They got very quiet, sniffed at the box, and one by one (by one, by one, by one) they all filed back out the driver’s door.

By the time I got over to Ky, she was sitting in a lawn-chair, cuddling a teeny-tiny black kitten.

I looked at The Dog-Lady, and said, “Help me, would you?”

And The Dog-Lady looked back at me and replied, “Hey, you owe me. I took your dog.”

[youtube http://www.youtube.com/watch?v=aVW1CtJN9J0&hl=en&fs=1&]
For the record, I am not attached to this little monster. Not.

Random Song-for-the-Day: “This is How You Remind Me” – Nickleback 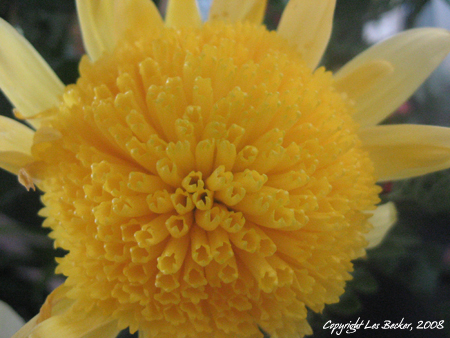 I’m not kidding, either. My days are like this: get up, eat, shower, dress, eat again, pack a lunch, cross the street to work, where I suck back 8 to 10 cups of coffee, eat one lunch, buy another, eat everybody else’s leftovers, dance in the parking lot, cross the street to home, check the mail, sit in the sauna, eat, try not to fall asleep whilst checking up on Blog-Family, eat, collapse. Start over.

I’m switching back and forth between three to four nights “on”, a day – sometimes two – off (the first of which I generally sleep through entirely, along with the following night), followed by three to four day shifts. Rinse and repeat. If they start throwing afternoons at me, I’m not going to get a chance to eat the million meals it seems to take to keep me conscious. I’m not gaining any weight, but at least I’m not losing any, either.

Fluffy took me out to dinner a few weeks ago, and swears I fell asleep at the table. I did not (there were two whole beers to drink; I’m not one to sleep through beer), but I did fall asleep during the car-ride home. We’re going out to eat on Saturday night coming (how many sleeps away is that?) and I hope to stay awake for three beers, this time.

I am not exaggerating when I ask what day it is – most of the time, I really don’t know. As long as I remember how many of such-and-such shift I have in a row, I’m good.

I have to smarten up. I want to write. I want to record. I want to blog my Dad’s stories. I want to drive the Prissy-Van to Teeny-Tiny Town to visit my mom.

It’s like permanent jet-lag. How do I fix this?! One of these Saturday mornings I’m going to drop the Idiot Child off at a locked and empty school, if I don’t get a handle on my time.

DO draw up a floor plan for the new space before determining any furniture choices. Your favourite sofa may look like it fits in your new home — make sure it does! As well as assessing your furniture for room arrangements, measure large, wide pieces like sofas to see if they’ll fit through the front door, and keep in mind any stairs or elevators to be negotiated.

You got that right.

And the new one didn’t want to go down the stairs, either. Fluffy-the-Car-Shark was in charge of that particular escapade while I was at work, thank God, or I would’ve just sat in the parking lot and cried.

Fluffy is not a crier. Fluffy is a Take Charge Kinda Guy. He stood between the building and the moving van with his arms crossed and wouldn’t let the delivery guys leave until they got the new and smaller hide-a-bed in the door, down the stairs and set up.

Then he made them clean the drywall dust off the sides of it, where they had scraaaaaaaaaped it down the stairwell. I now have a beddish kind of thing to sleep in, and although smaller, it’s a lot more comfortable than the concrete couch/bed that I bought at the J.O.B. And it goes nicely with the chair and ottoman that matched the original.

None of the above are completely paid for, but Fluffy got the New Couch People to store the Old New Couch until it can be sold. He also talked them into delivering the New New Couch at no charge and with no money down. I will have to pay somebody eventually, I suppose…

I still haven’t got the dregs out of the old apartment, or cleaned it. I’ll have to do that on Monday (I snagged an extra day because of the Some Kind of Canuckian Holiday Weekend that happens at the end of every August), because tomorrow after work, I will be accompanying Fluffy and four teenaged girls to a foreign country to witness the sacred insanity that the Fly-Girl has committed herself to.

We will be returning some time on Sunday evening, and with luck, maybe I’ll be able to get the last of the crap to the charity drop-off and clean the old place then. That way I could go hiking or beaching with The Oogily Bay Girls on Monday.

Or hell, maybe I’ll just hand them the car keys and sit in the sauna all day…

So, the Mini-Van Saga is finally over…. and it turned out to be a trilogy, at that. I was originally going to be leasing The Fly-Mobile, so-named because it was The Fly-Girl’s ride, and she wanted to get rid of it.

I liked that mini-van. Turns out, the Fly-Girl did, too, and decided to keep it after all, even though she had to pay a bzillion dollars to get it registered in the U.S. after she got married and jumped The Ditch (Traitor!).

I got over it, though, when Fluffy (so-named by Kyla, because he’s, well, fluffy – 🙂 ), the Fly-Girl’s partner-in-car-sharking, found me another mini-van just like the Fly-Mobile, except fully powered and, um… purple. Which prompted Ky to name it The Grape-Mobile. And that prompted me to like it. I like pretty much anything provided it has a cool, freaky, and/or plain ol’ weird moniker.

And then the Grape-Mobile kakked on the operating table during the certification. And I do mean kakked. It barfed out every kind of fluid running through its veins, through all orifices, including new and bewildering orifices that no vehicle should have. So Fluffy shot it. Ky was pissed.

But, Fluffy turns out to be a Genie of sorts, and magicked us up a pristine (albeit older) one-ownered as-yet-un-named mini-van of the Chevy Lumina APV variety, that positively beamed throughout its certification, and Ky loves him again. The two cases of soda, three bags of potato chips, and two large jars of pickles he soothed her with may have had a part in the forgiveness, mind you.

The Pristine Un-Named was delivered to me Friday evening, whereupon, I immediately drove it the three blocks to Ruby’s house to show off. And I drove it the six-ish blocks to the J.O.B. yesterday, and then had to return to the mall from half-way home, having forgot it in the parking lot when my shift was over. Having wheels will take some getting used to…

Anyway… it was decided last evening, now that we have transportation, that we should pick up Ky’s doggish-type companion from her father’s place and get us to a too-far-to-walk-a-dog hiking trail with the camera. I put on a pair of sneakers for the first time in what feels like forever, and off we went.

During said Walk-About, I took the above photo, and noticed when I uploaded it, that there seemed to be a face peering out at me. This face looks eerily like my daughter, until it’s zoomed-in on, whereupon it just turns creepy.

Methinks, Shrinky may have sent a faerie over from the UK. She’s always catching them with her camera. I hope she doesn’t do it again, though, because it gives me the heebie-jeebies.

This afternoon, we will be traveling to Teeny-Tiny Town to visit my Mom, and bring some flowers to the cemetery for my Dad. We will be listening closely for the sound of him rolling over in his grave at the thought of me owning a vehicle. His response to my news, months ago, that I was planning this lease was: “God help the trees on the side of the road.”

Now, that’s a story I should tell some day…