They have arrived! Carson made himself right at home with the Cheerios… I don’t mind that so much – but he has learned to put his own boots on recently. He has also learned that Cheerios being squished under one’s boot makes a very satisfying, crunchy mess. 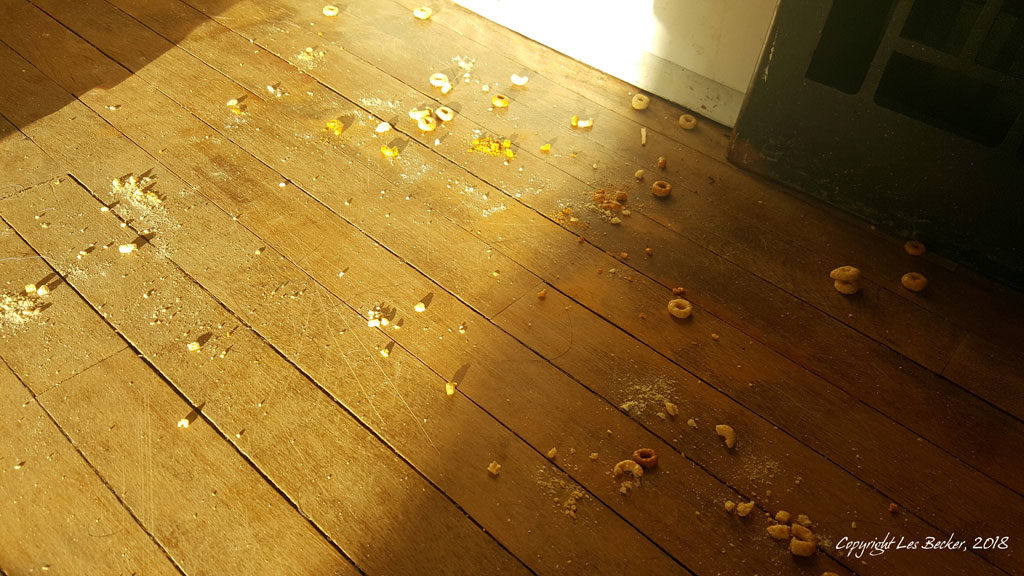 While Mom went out on the town with Aunty Em, Carson and I went to visit Gramma Dot. He went straight to her baking cupboard and got out the measuring cups (he also knows where to find the soda crackers, and is not shy about bringing them to Gramma Dot so that she can get him some). 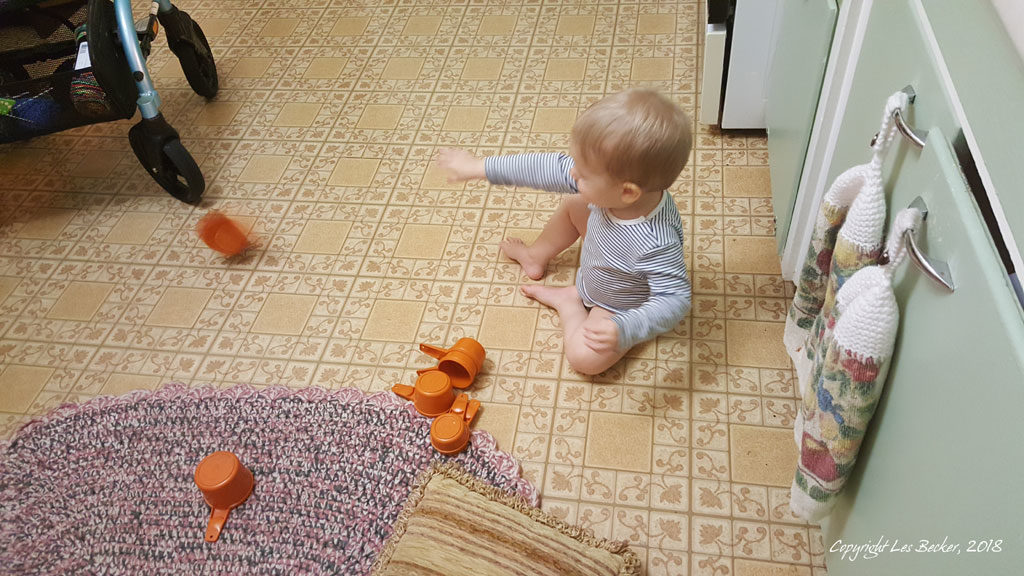 We had a good visit – Carson wore himself out, but of course, would not admit it. Ruby and I, on the other hand are tuckered enough to just crawl into bed now. 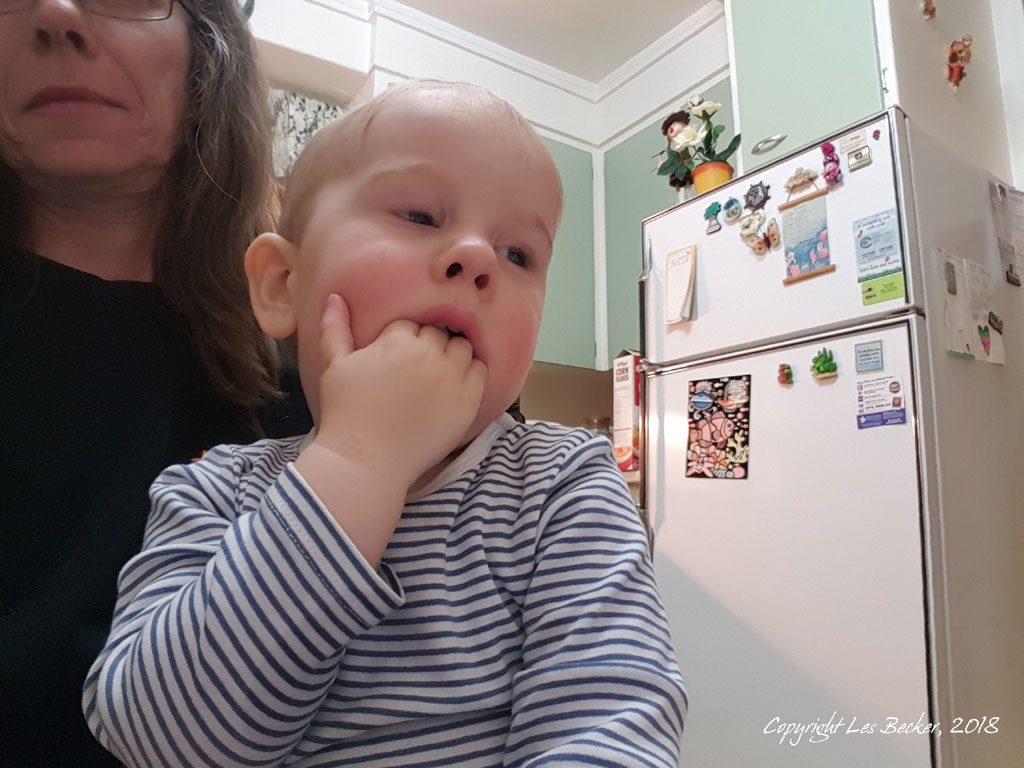