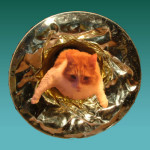 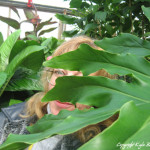 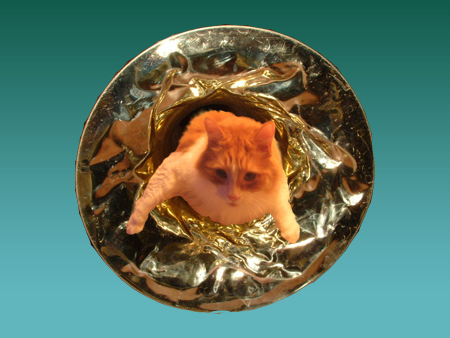 My site was reviewed today. The phrase “Cat in a tuba” was the the best thing about it. You can read the review HERE, if you like, along with my comment about it.

Needless to say, the “review” was disappointing. Not because it was a little pissy, either – I expected pissy. Pissy is this guy’s schtick. I mean, he calls his site “I Hate Your Website,” so he’s bound to get a little um… rude. In fact, I didn’t find the “review” nearly as rude as I would have expected.

The few other reviews he has up, at least the few I read, actually have some honest (if pissy) constructive criticism about the site thrown in there. Yes! They actually, actually do! Not mine, though. This guy’s dislike of cats and old people is apparently intense enough, and my blog is boring enough, and my friends don’t like me enough, that my site is not worth any constructive criticism about design, layout, content (other than cats and old people), adspace, whitespace, or anything else that might give me an idea about how it might be improved for readability or traffic.

The only constructiveish thing he mentioned was that I needed an “About Page” – because he didn’t know how old I was or what I do for a living… information that is repeatedly interspersed throughout many entries; not that I could reasonably expect him to read enough entries that he could be guaranteed not to miss those two gems. I’m not sure how knowing my age would make him like my blog any better, but maybe I shall, from now on, end each and every entry with the phrase, “My name is Les Becker. I’m 42.”

Anyhoo, all because of Carl, who is also cool in his own little way, I have set up a separate “About Page” – just for him. I even dedicated it to him. Cuz he’s pissy and cool and inconsistent, all at the same time. That deserves recognition.

I hereby declare that from this day forward, February 14th will now be known as “Cat-in-a-Tuba” Day, in honour of Carl. Oh alright, it can still be Valentine’s Day, too, but only ‘cuz it would be too hard to break you all of the habit. Happy VD, btw, people. You, too, Carl.

Random Song for the Day: “Something in the Way” – Nirvana